»Go into all the world ...« With Jesus' Command in their luggage, lots of expectaiton and hearts full of love for God and people, a team of 15 from FCJG Lüdenscheid came to Austin. What a family gathering. Young and youngsters came with big suitcases and zest for action eager to find out what would happen. It was such a powerful time we had - for the Lüdenscheiders who supported us so wonderfully on our property by doing practical work, with worship and during our outreaches. They went everywhere with us. And last, they were a blessing to our HfaN team. It's always very special when »family« comes ... This team was ready for anything ... so great! 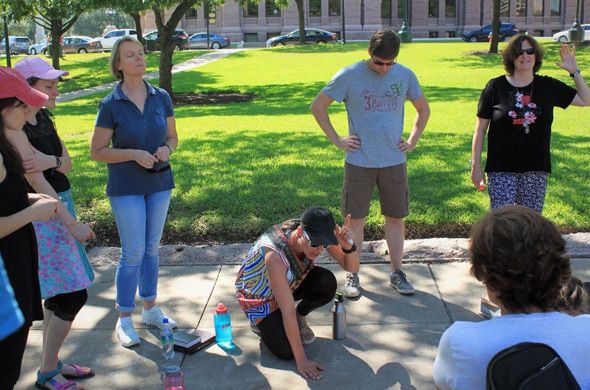 Capitol and University of Texas

Thursday, October 12, 2017 – The Capitol of Austin is the place where decisions are made; it affects not only Texas but influences and is a model for all America and even the world. On Wednesday, we went to pray and worship at the park surrounding it because we believe that our prayers and worship are a necessary tool to change cities and nations into the plans and good will of God for its citizens. As we lifted up the name of Jesus over this place, God gave us impressions, i.e. that worship topples down idols and places God on the throne that only He deserves. We felt that God wants to install regular worship at this place, and it would also come from within its walls. Later we ended up in an intensive time of intercession. God gave us a picture that He wants to bless the Capitol with an outpouring of oil and fire (both being symbols of the Holy Spirit and His presence) - oil to heal and restore and fire to cleanse and lead into repentance. 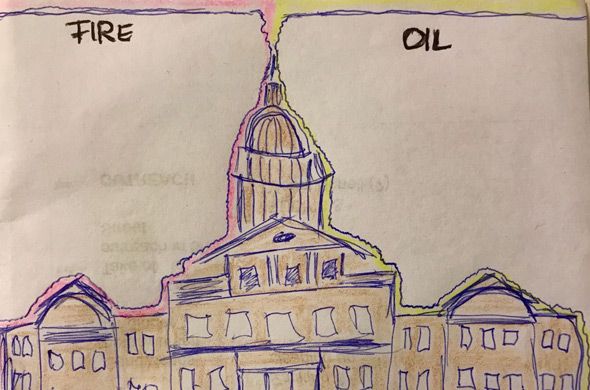 Later we went to the University of Austin (UT) to pray. There are 80,000 youth studying here from every nation of the world and we felt the Father's love for them. He wants to reveal His wisdom, His plans and His ways for their lives and we felt, that the University will be a place where young people will get to know Jesus and the power of the Holy Spirit. God will respond to their hunger and search for the meaning of life.

Friday, October 13, 2017 – The whole outreach team was looking forward to the evening on 6th Street in downtown Austin. We had all heard stories about the famous party street and were excited to see what the Holy Spirit would do. We didn't have to wait long. As we started to worship in tongues, we were quickly into deep, glorious worship. As God's presence came down, the heavens opened up and we were carried on wave after wave of His love and holiness. Passers-by, on foot and in cars, couldn't help but stop and ask what was going on. Their minds could not grasp what their spirits were reacting to. Some Christians stopped and inquired as well; as they had not experienced such a thing in a public place before. We had good talks and weird encounters, too. Strange people also showed up to try to create distraction ... but »when the Light comes, the darkness has to flee« or be silent ... and they were. We are claiming this land for Jesus; and »step by step we're moving forward«! 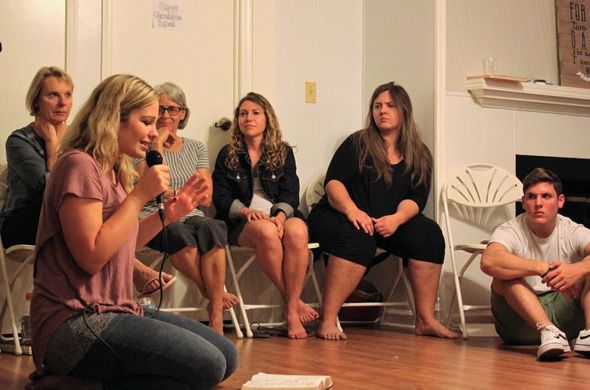 Saturday, October 14, 2017 – God loves it when Christiand from diffrent churches come together with a single goal: to worship Jesus in the Spirit and in truth! This is exactly what happened at the Revival Night. Fifty people - Americans, Germans, Swiss, Austrian, Indian, Finnish and Filipino gathered in the Lifehouse with great hunger to encounter God during worship! Some of them never experienced worshipping in tounges and were later baptized in the Holy Spirit for the first time. The presence of God spread throughout the whole room. Some people were kneeling, others lifted up their hands and again others experienced the Holy Spirit filling their lives afresh. Our outreach team could serve them with prophetic words which really ministered to them. Some responded to Merisha's altar call for a life totally surrendered to Jesus, to follow Him without compromise and recieved prayer. This should happen more often ... this paves a path for revival to come! 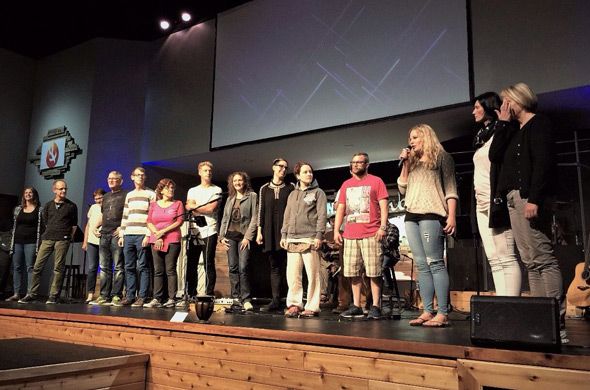 Monday, October 16, 2017 – What a privilege to have been invited to the Mission Prayer evening of the San Marcos Community Church. Not only were we invited to share testimonies but to ›take‹ the whole evening. It was obvious that a very good relationship had developed, for them to entrust the entire evening to us. As Petra opened the evening with worshipping in tongues, it created a spiritual room for hearts to open wide for the Holy Spirit to move. There was a hush in the atmosphere as we shared about our international fellowship and personal testimonies. Everyone realized that the prophetic impressions we received individually for the church were all in the same direction: The fire of the Holy Spirit for the nations! One lady said she saw angels on the stage with us! As we spread out around the church to pray, many came for prayer or a prophetic word ... some even going from one to the other! Normally they would end the night after an hour, but this time many lingered, hungry for a touch, refreshing, a confirmation, or direction from God! We all left that place blessed, filled and encouraged - flying high with our beloved Holy Spirit and wanting more!