We are an international team. There are Filipinos, Swiss and Germans and more nationalities to join. Something we are truly excited about: our local Filipino staff are all fruits of our ministry. Some have gone through the rehab program at the Set Fee Center, others were former street kids and lived with us in the Father's House ... May we introduce to you ... 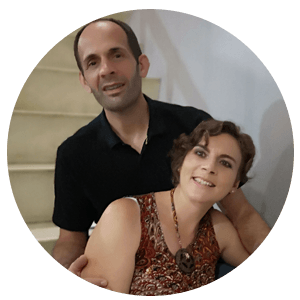 After Jonathan graduated from the Revival School in Lüdenscheid, he and his family served as missionaries in Uganda for a couple of years. In 2006, the family - Jonathan & Dori and their three children - went to Manila to work at the Set Free Center (rehab of HELP Philippines). After two years, Jonathan took on the leadership of the Set Free Center, and today he is the senior leader of HELP Philippines. Since he has passionately enlarged the ropes of the tent of the ministry to reach more people by the saving grace and love of Jesus. Together with a small team he pioneers the Revival School Philippines, where young people are being trained to discover and enter into their God-given destiny.
Dori has lost her heart to the lost and needy of Manila. Even though she is a hands-on mom to three teenagers, she loves to go on street outreaches and home visits with the City Mission to share the love of Jesus and bring hope to the hopeless. She passionately loves a specific area in Manila - Tondo, one of the most congested areas in Asia, if not the world. Dori's heart is going out to the moms and their children, the beggars and street people. She wants to see them getting saved and become genuine followers of Jesus!

Ruel is a fruit of the Set Free Center. He loves to worship Jesus and is a natural evangelist who is very gifted and pours into the City Mission outreaches. Gratitude for his new life in Jesus, his love for worship and the word of God naturally take him to the lost. He is not afraid to move into unpopular places and to bring the light into the darkness by sharing God's love on the garbage dump or in prison, witnessing to Rugby Boys, game addicts or tambayan. He and his wife Jackylou have three children. 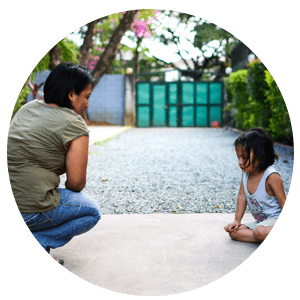 Jeany has been with us for a long time. She came as a social worker to Noah’s Ark (a house where we took in abandoned babies and toddlers). However, Jeany is up for more … She wants to go to the nations and take Jesus’ love to children. Was Vietnam her next step? No, the answer was so much closer: the Father’s House. What originally was meant to be a temporary solution, became her commission: loving on children, introducing them to Jesus' love for them and being a mother for many who never known their mother. Jeany just radiates joy by living out this commission. And she is going on international outreaches and interceding that the nations open their hearts to Jesus and worship him as King of kings. 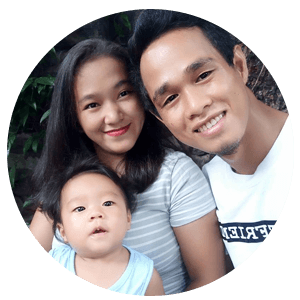 We met him in Payatas, one of the many garbage dumps of Manila – broken, hopeless, a drug addict. Right there, in the darkness the light of God pierced his heart when he encountered our outreach team. »Can I come with you to the Set Free Center?«, he asked one day and shortly after he entered the center. Richard didn't know how to read or write, however, he was eager to learn to read the bible to get to know God better and to be able to share him with others. Every day he sat down like an elementary school boy and spelled »A«s and »O«s. What a joy when he rose one day and read the bible aloud. After his rehab, Richard moved to the Father's House and started to minister to young people in the streets and in the slums ... and he met Leslie. Both have become pillars of the Father’s House. They love the children who have all suffered rejection and loneliness, they teach them that God is love and meanwhile they have a little son which makes them a  natural family, too. 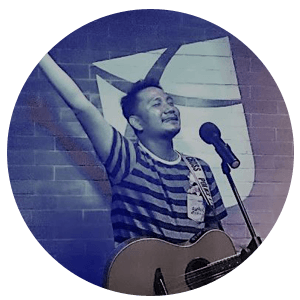 Over the past 25 years, we have seen that the Set Free Center is a greenhouse where wonderful fruit is growing. One of this fruit is Jayson. Jesus set him free from drugs and all kinds of bondage, and Jayson became strong in the Lord. After his rehab he went to Germany to do a three-month-term at the Revival School in Lüdenscheid. Meanwhile, he and Fernando are in charge of the Set Free Center … Jayson wants to see revival! He wants to preach the word of God in power and with no compromise. He has vision for the Philippines to get saved, and for the young generation of Filipinos to rise up and fervently pray for their land and the nations and to preach the Gospel with no compromise, too. That’s what he stands for and that’s why he is part of the leadership and organization team of UPRISING Philippines. 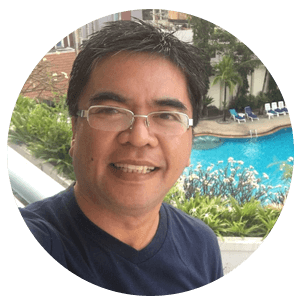 A warm smile and a big heart for people are Tatay Fernando's brands. It’s at the Set Free Center where he lives his dream – he is passionate to see change through the power of God. Well, it was not always like that. He was a drug addict. Nothing worked, until one day when he heard this message: »Jesus sets you free!« That was reason enough for him to do the rehab … He became free from drugs, but he wasn’t free from himself. A relapse was inevitable. Thanks be to God, for he is the God of second chances. Tatay Fernando took this chance, humbled himself and had a wonderful breakthrough into freedom that only Jesus can give. He certainly has good reason to laugh … and he is an encouragement for many who come to the Set Free Center with no hope at all.
Go To Top