From one day to the next, the city was placed under lockdown, and we were forced to stay at home. Although we initially expected it to last for only a few weeks, it continued to stretch longer and longer. We searched for the Lord, and a number of different ideas came to our hearts. We began by greeting the neighbours with cinnamon rolls and praying for them. Someone painted a Bible verse on our garage door so that everyone could read the truth. The Father's House kids baked some delicious bread and brought it to the Barangay officials to bless them. Others wrote text messages to check on people individually, to see how they were doing.

Overall we can be so thankful for our homes, that we have enough food and the privilege of living in community. Our internet connections became even more important as the need for homeschooling arose. We deeply appreciate the ability to communicate around the globe, to read news and to listen to inspiring messages and songs. We are thankful that we have more time to pray and seek the Lord every day. There’s even time left to do some of the work that is always left behind.


The poor are most affected

As usual, it is the poor that are most affected by catastrophe. Many in this country eat with money earned on a day-to-day basis, rather than long-term employment. With the current quarantine situation, their source of income is gone, and so many families promptly have no more money, no food, and an additional challenge. Our team in Tondo went to buy food right away and began to distribute food in places they know well, especially among the less fortunate families. They have greatly contributed to relief efforts and partnered with the Barangay and other churches, working in unison.

A fire, in the midst of the disaster

As if one challenge had not been enough for the families in Tondo, a fire burned near the oceanside and left over a thousand families without homes. This has brought many new challenges. 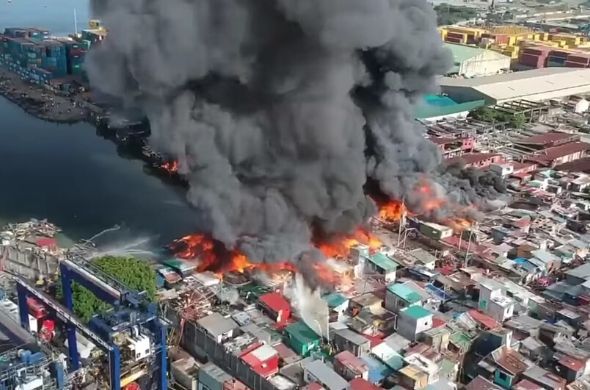 How are they to maintain social distancing when crowded on basketball courts together? How will their children stay calm, or how can the elderly maintain their routines? Our team immediately asked for permission to help provide for some of the families’ most basic needs. They’ve helped by distributing buckets, basins, first-aid supplies, vitamins, and diapers. The first families have already begun rebuilding their homes, even if just with a tarp. Already, some have been able to buy building material, and we are thankful for all the donations that came in, and have allowed them to flow directly to the affected people. Please pray for wisdom and protection for our team, that they may be guided to serve the right families. 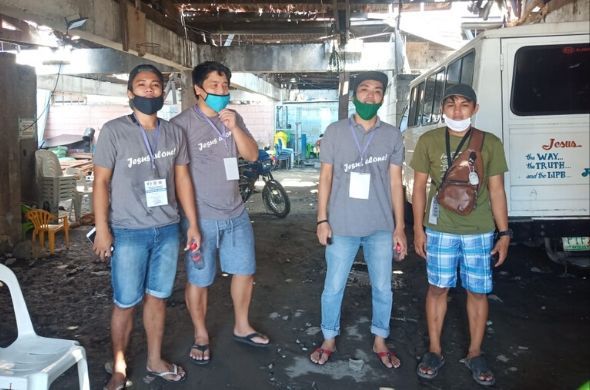 It´s so simple to reach out!

Just before the lockdown was implemented, we had the opportunity to move into evangelism with our Revival School students. We prayed together, split into two teams, and asked the Holy Spirit to lead us. Sharen, one of the students, went straight to some mothers that were sitting in a circle. She greeted them, shared how she got to know Jesus, and was able to pray for them. We passed on prophetic words, and listened to people’s concerns, hopes, and blessings. As we moved on, walking through the narrow streets, we prayed for the area. 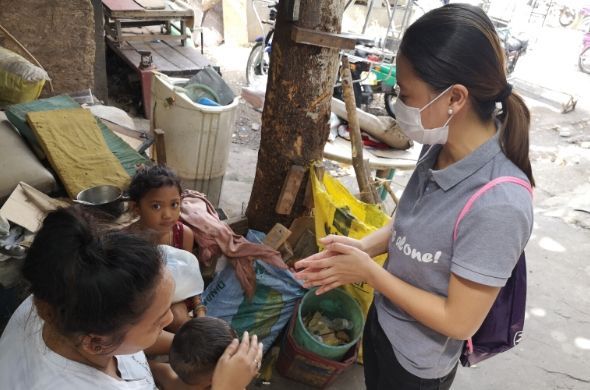 As weeks passes by...

We are busy in our homes and look forward to a reduction in the quarantine requirements of the lockdown, and returning to service. Instead, though, everything continues to be further extended. In prayer we were reminded of this same area (that we visited with the Revival School), and wanted to reach out again. We communicated within our community and collected information about how many families were situated in this area. After a number of challenges, we were allowed to buy food in bulk, to order Bibles and evangelistic booklets. Even the kids got involved in packing and writing individual cards for the families. 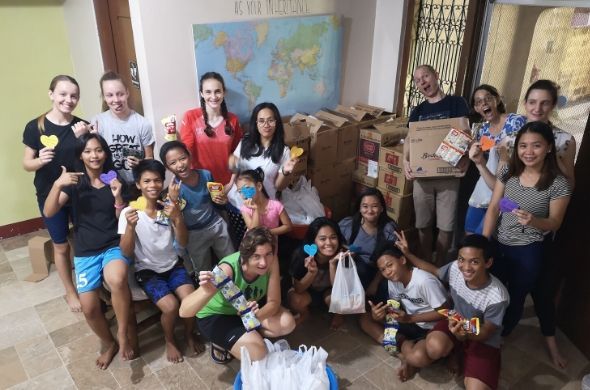 A day of blessing and hope

Finally, we gathered for prayer and preparation. In small groups we moved out to meet the families from a number of small communities. Many received the gifts with immense gratitude. We had the chance to go to them and ask them: “How are you? Can we pray for you?” We received so many prayer requests, and we believe that there will be many answers to prayers too. 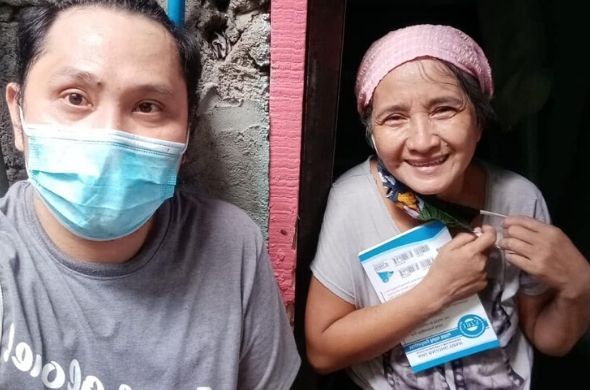 Sharen recognized one of the mothers and was able to pray for her and her children. A shy young teenage girl opened her door when we came by, as she was home alone. Her mother is a front-line worker, and is out of the house most of the day. I sensed God’s calling upon her life. She is going to be a blessing to many. I wrote her name in a Bible and gave it to her as a gift. I pray that, since everyone has lots of time on their hands, she will take the time to read in the book and allow herself to be stirred up by the words, hungry for more of Jesus. My friend was introduced to a grandmother who had recently suffered a stroke, and we declared healing over her. God’s presence filled the room, and his peace came upon the place. Her son surrendered his life to Jesus. Richard met some kids with whom he had played Basketball before. We had amazing local guides who led us to each house individually.

All this happened only shortly after the beginning of hot season, and after only a few hours of carrying, sweating, and praying, we were finished, leaving our surplus goods at the Barangay office. We still think of the people we talked to that day, and continue to pray for them. We pray that they read the booklets. Seeds have been sown, may the ground they fall on be good, and may the seeds spring up and grow.