Unwanted, beaten but found - a street child turns into a bearer of hope:


Raised up next to pigs

My name is Melanie (36 years) and I grew up in a very poor, troubled family in the Philippines (Quezon City). I am the fourth of seven siblings. My mother tried to abort me because she was so angry with my father but I held on to life. My father was a taxi driver, an alcoholic, and a gambler. Most of his profit from driving went straight to his vices, which caused most of the chaos in our house. Often there wasn't enough food on the table, so my mother started to raise pigs that lived with us in the house. To feed the pigs, my mother and I would push a wooden cart to collect food scraps from garbage dumps of restaurants and fast food houses; I was about 6-7 years old to that time. Food scraps collected were not just for our pigs though, we also had some of the better pieces ourselves after washing and recooking them. Every time my father came home drunk and broke, he would beat our pigs, but one day he even went to stabbing them. All we did was run and hide in fear that we might be next. Only one of the pigs survived and we could sell it later on. 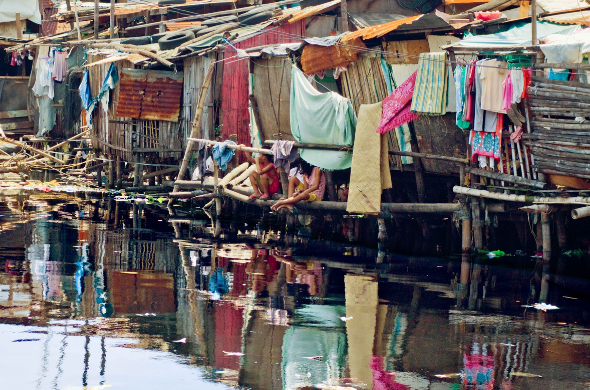 My father carried weapons like a knife or an ice pick all the time. My parents fought every day; it became normal for them. One day while they were in heated discussion, my father hit my mother on her cheek with an ice pick while I was there, seeing it all. I ran shouting towards my parents who were both on the floor, grabbed my father’s feet and pulled him away from my mother. My mother was crying in shock. She had to treat her wound on her own. Whenever my father came home drunk, we would immediately squeeze ourselves in a corner shaking with fear that he would shout our names, demanding us to show up. I’ve heard my father curse my mother to die in child birth. He would throw bottles at us or whip us with chains to make us comply with what he wanted. He would shame and belittle us in front of many people and threaten to put our house on fire. Evidence of his violence was seen on our wall and broken house items. 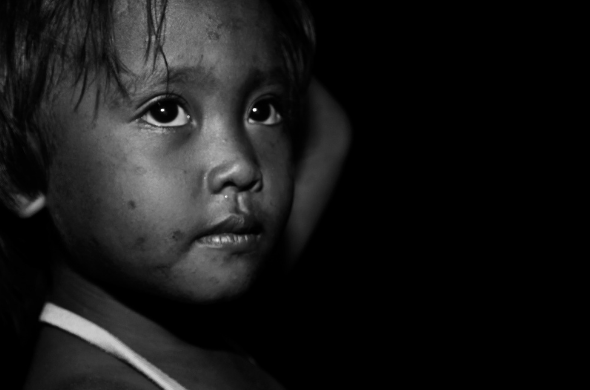 As a child, I felt a great regret that he was my father, questioning God why He put my father in our family. We just received adversity and suffered under him. It came to the point when I cursed my papa to death. To that time I really meant it. I even thought of poisoning him to end our struggle with him. There was no peace in our home. We were always in fear.
Most of our relatives and neighbors avoided us because they didn't want to be involved with our family's troubles. They chose to ignore what was happening, fearing what my father might do to them. 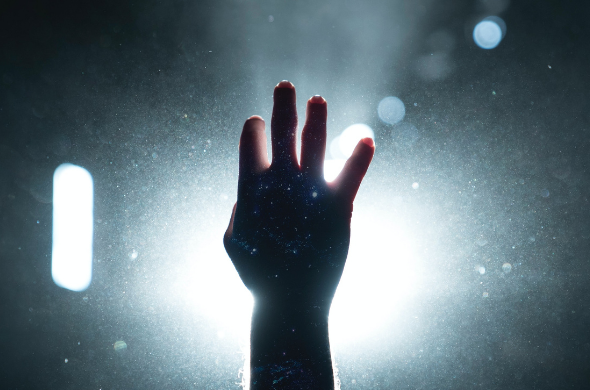 One night, he kicked us out of our house, so we had to sleep in the streets. That soon led to more days and nights in the street. We learned and started »street-jobs« like selling cleaning rags and flowers in the streets. I learned to jump into moving jeepneys to dust off the shoes of passengers for any amount; I partnered with a blind man to approach cars in traffic and beg from the drivers. The streets became a »safe refuge« from the threatened life with our father. But he found us even there and joined our activities, shouting and belittling us in front of many people. He would throw our merchandise into the streets. People passing, as well as the other street vendors and dwellers - who became our friends and comfort - would just stare and watch; they were also afraid to get involved, knowing what my father could do.

In spite of all that was happening in my family, I still pursued my studies. After my »vending and guiding« job in the morning, I would go to school. But school was no escape from being bullied. I was called names as »batang kalye«- street child, a dirty, smelly, poor and crazy child. 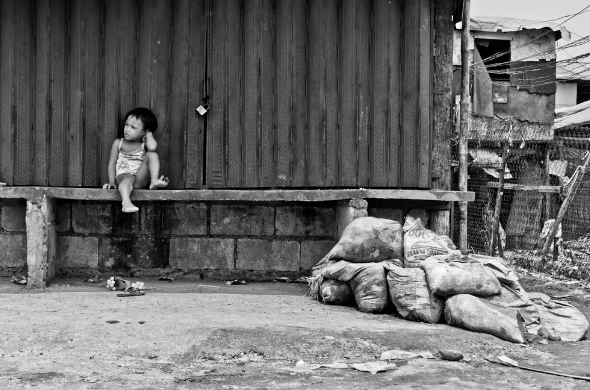 At times, I felt that I had no place in this world, being nothing, completely useless. I couldn't imagine to be ever able to do something that could make me proud. I had no confidence and no hope.
My life in the streets was not easy; I needed to deal with different »street people« like snatchers, drug addicts and others. Danger was always near, but several years of street life had taught me to harden my heart, to stay tough and strong. I pretended to be lesbian to prove it. I was growing up, not knowing that my heart was becoming hardened and numb.

One day a group of foreigners and Filipinos came under the flyover where we were staying. They called themselves »missionaries«. Every week they would come to the same place to sing and share bible stories. At first, I laughed and called them crazy: Why would they do this?! I'd observe them but would not join their bible story group. For me it was just a waste of time, meaning fewer sales for my rags and flowers. But slowly I started listening to their stories. Every time they came, I stashed my goods away to join their worship and bible story gatherings. They would pray for us and when they did, I could not help but cry, no matter how I tried to be tough. I then learned to share about our life with our father and also talked about the anger and hatred I felt toward him. The challenge of forgiving my father was too hard for me after all that he had done to us. So many bad things had already been planted and grown in my heart that it had turned toxic. I was convinced I would never forgive my father as long as he lived. 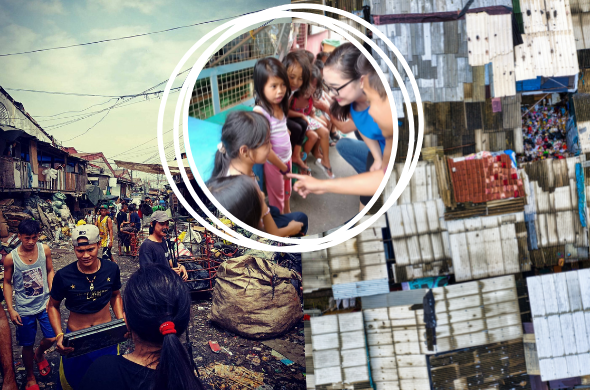 Together with the other kids in the street, I continued to join and participate in their street service. Gradually, I felt different: »lightness and satisfaction« was something I had never experienced before. God was doing something in my heart! I tried praying for my father, wanting to forgive him, but it was just too hard. Seeing him entertaining his vices every day kept fueling my anger. I didn’t know how to pray and tell God about my problems and struggles, since I was just used to keeping it all to myself. But God did not stop. One day the missionaries came to pray for me again. Surprisingly, there and then I could give my anger to God. The tears that just poured out, were a complete surprise to me. That was the first time I could really surrender everything to God. I felt relieved and free. I had learned to yield to God and he was there to help me. 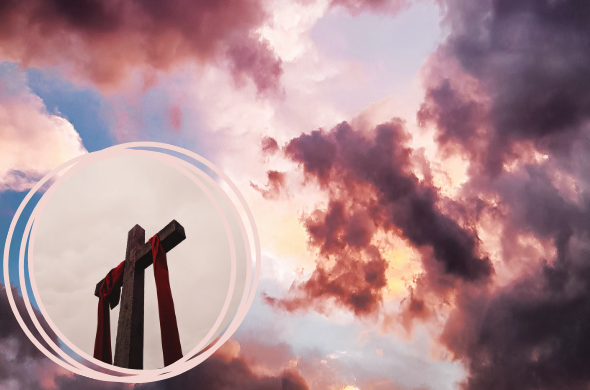 In 2002, the missionaries invited me and a group of kids to a beach outing. I did not know that there would be a water baptism and had no understanding of it anyway. So they explained to us what it means to leave your old life and become a new creation. I did not know God that deeply but decided to give up my life to him. I just poured out my heart and was crying in joy as I felt God's forgiveness for me. The same year – I was in 4th grade of high school - they invited me to live with them in their place called Father's House. With my mother’s blessing, I joined them and since then many things have happened to me. As I kept on praying for my father, my heart was slowly softening for him. Whenever I visited my family I brought a present for him and started to communicate with him without contempt. I noticed a lot of changes with him. He was calm in our conversations; he stopped drinking alcohol. Once he even joined our worship service and for the first time I could pray for him face to face and even hug him! He was in tears and that was the first time I saw him cry. God was leading me into a process of mending my relationship with my father. There was hope. But more than anything, I received healing and love from our Heavenly Father. 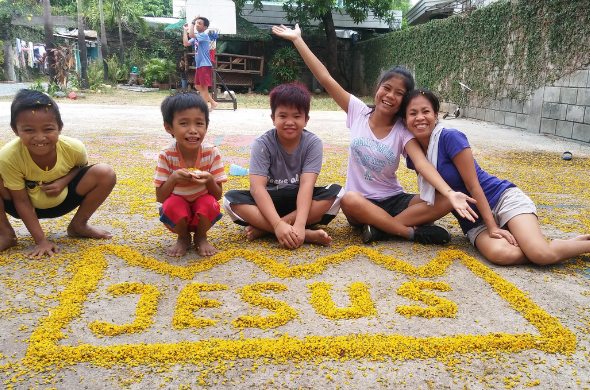 In July 2004 I traveled to Germany and Holland. It was a privilege and an exciting experience. As a former street child, it would have never occurred to me that I would travel anywhere but in the streets of my old life. God showed me things that I could do if I stayed with him. He gave me big dreams. I finished high school and decided to take up a nursing degree. It was overwhelming and challenging. In my third year of college, I jumped into a relationship with a guy but kept it secret. I got pregnant and eventually told my family about it. My Father’s House family accepted and supported me still. I ended my relationship with my boyfriend and continued my studies until my son was born in May 2008. For two years I took a break from studying to look after my son. Finally, I picked it up again and graduated in March of 2011 with a degree in nursing.

But when I went back to school, I had contact with my son's father. We reconnected and continued our relationship, but again in hiding. I loved him and prayed that we could really be together as a family. Finally, I had the courage to talk to my leaders. I confessed my continued relationship with the man and what I felt for him. I also talked to my son’s father, encouraging him to volunteer at our rehab center. In 2015 he was accepted by the rehab center while I continued to serve in the Father’s House with my son. God continued to work in each of our lives. The relationship that we had started in our own way, in hiding and lies, was being fixed and realigned by God. In April 2016 we got married and in February 2017 I gave birth to our second son. We then both served in the Father’s House as staff. 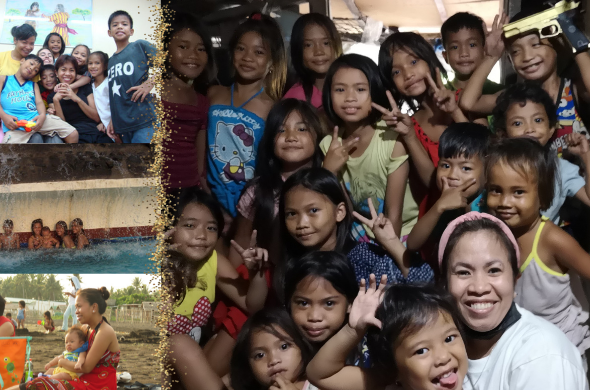 God has taken care of many things in my life, my family and my relationship with my husband. We also took steps to repent of our sins, particularly the lies we had kept secret for so long. We received forgiveness from everybody we had lied to. So we were delivered and freed from the sins that had weighed us down and had prevented us from getting deeper in our relationship with God. 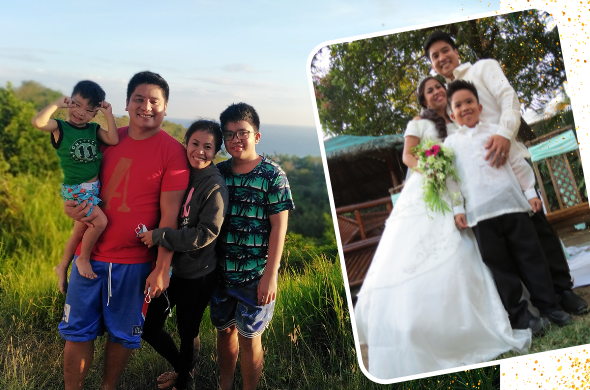 Now I am send!

We are grateful for the great things God is doing in my family and in our lives to this day.
In 2019, we joined another family in pioneering our “Tondo Base” and we moved there. I am so grateful to God for giving me a happy and blessed family. Aside from my family God is using us to minister to the broken and needy. He is using our story to inspire others! 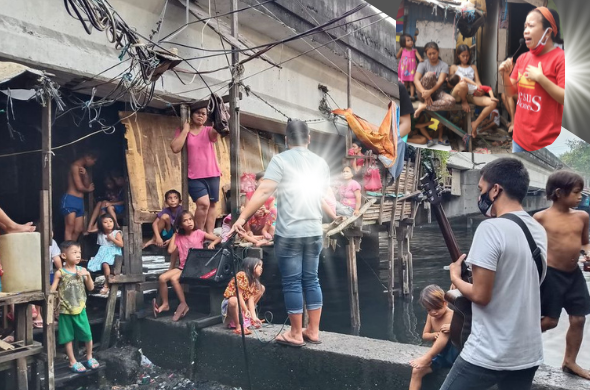 All praise to Jesus!
Go To Top