Finally came the da that we have awaited and prayed for so long: UPRISING Mongolia 2017 – this international prayer and fasting movement took place in Ulaanbataar, the capital city of Mongolia, in October 2017. 400 young people from every region of Mongolia came to worship Jesus and were encouraged by the powerful messages of Walter Heidenreich, Jerome Ocampo, Tom Wüthrich as well as two Mongolian pastors to live a radical life for Jesus and follow him wholeheartedly. 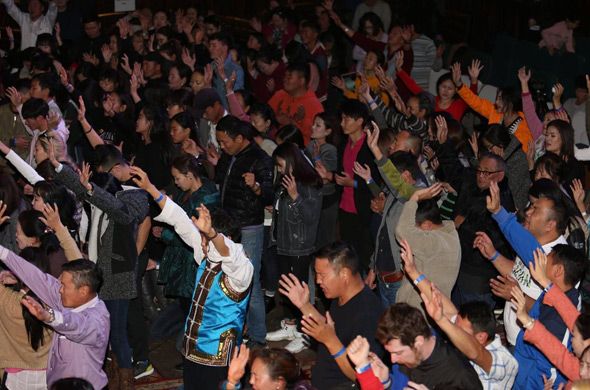 So many participants testifies of healings during the event. A 13-year-old girl had strong pain in her knee and was limping very badly. After prayer the pain was completely gone. A young woman experienced inner healing of generational pain. This pain used to be so bad that her whole body was aching all the time. Many experience deliverance from powers of darkness and were delivered from fear and shame:

»The session on the third evening was particularly important for me. In unity we prayed against the spirit of condemnation, fear and shame. When I opened my mouth to rebuke those spirits, God's Spirit delivered me in a very special way. Those spirits cannot do harm to me anymore. I am a beloved, chosen and appointed daughter of God. I want to encourage everybody to proclaim this over your own lives over and over again.« (Zoloo) 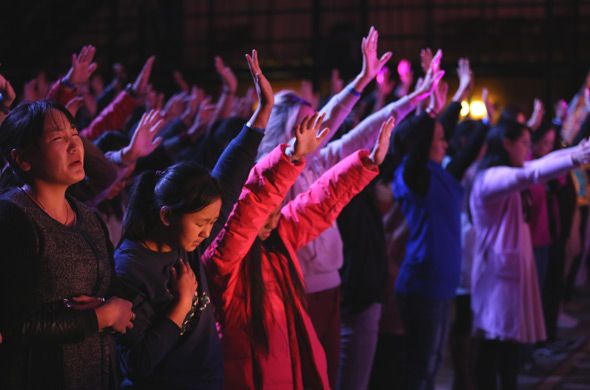 Your children will have dreams

Enkhmanlai' children (he is a worship leader from Ulaan Bataar) experienced something very unique during the event:
His daughter (8 years old) sa nine angles in a vision that were standing in a circle wearing hats from which fruit was hanging. She was so happy and thought that she was experiencing heaven. When she opened her eyes she could only see the nine angles in the room.
Enkhmanlai's son (3 years old) was also at the event and woke up from his nap asking: »Where is my fruit?«
God speaks through even little children and reveals what he has for them. We explained to the two that what they saw in their vision and dream was the fruit of the Spirit. 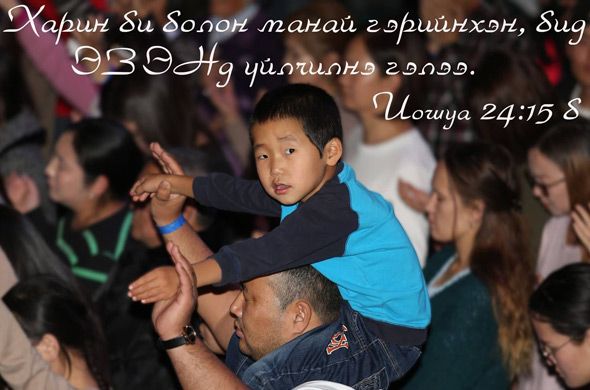 And finally there was Enkhmanlai's oldest son (10 years old), who had a vision of a beautiful person standing in front of him. He approached the person to embrace her, however, the heavenly being seemed to »evamporize«, but immediately showed up again and lovingly said to the boy: »I have appointed you!« In that vision, the heavenly being entered the boy's mouth and filled his body. Whenthe son shared this vision, Enkhmanlai's family was in awe, got renewed and was led into deep repentance. 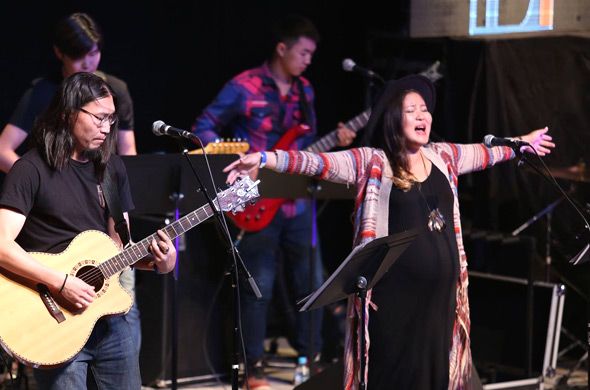 »My highlight was Ochma, a worship leader. Pregnant she was standing on stage worshiping Jesus. To watch her was a prophetic sign to me for a new generation that is being born. In general, the church in Mongolia is used to receive and to take. It was challenging to mobilize the Mongolian youth to pray for their nation ... and with that a seed was sown. While entering into prayer, they acknowledged that they are the ones who need to step into the gap and we continue to pray that they youth in Mongolia will break through and live up to its calling.« (Michelle Wüthrich)

God is calling a new generation! The primary vision of UPRISING is to call the youth of the nations and to equip them to lay their lives down for Jesus' sake in order to passionately and fervently take the Gospel into all the world and to live out what they have been created for. 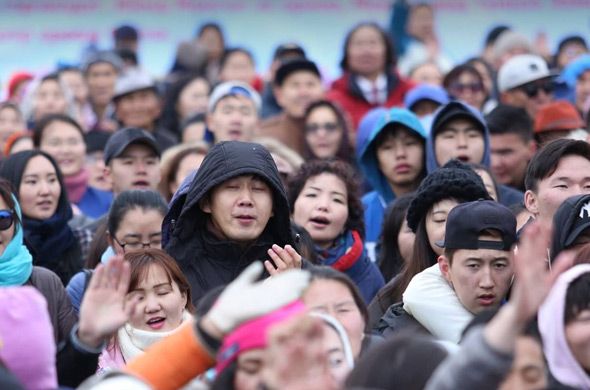 UPRISING Mongolia closed with a public demonstration on THE central square of Ulaanbataar to which approx. 3,500 people came. This was the very first Christian event takting place on this square. The whole event was only possible because of the faith of ONE teenage girl - Michelle Wüthrich - who said »Yes« to God's call upon her life and who initiated UPRISING Mongolia. She had spiritual fathers and mothers at her side who helped to birth and conduct the whole event spiritually as well as many helpers who did the organization. 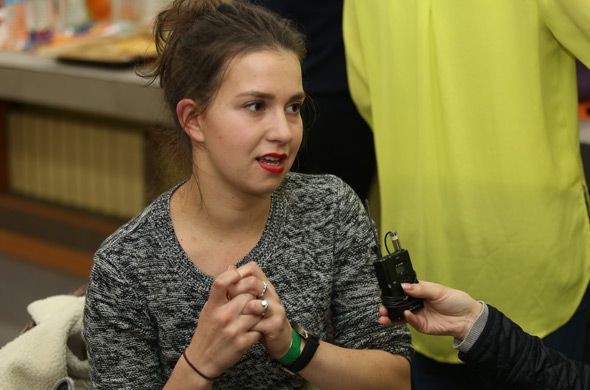 Worship, prayer, laying our lives down for Jesus as well as repentance and intercession were all parts of UPRISING Mongolia ... And we may already see the fruit of this event ... In some parts of Mongolia, people have started to increasingly pray for their nation and to rise up against injustice in society, e.g. against abortion.
Go To Top
To increase the comfort using our Website we are using Cookies.
read more