How it all began

The beginnings of HELP International in Thailand go back to the year 1993. A small team made its way to this far Eastern country and started to settle in Bangkok. »We want people to experience the love of God and see this nation getting transformed«, that was their vision. In the beginnging there were three things on their daily schedule: learning the language, prayer and worship as well as living together. As time went by, the team acquainted more and more with the culture, the language and the business of this metropolis, and through some contacts to the drug scene it was quite clear: We want to establish a rehab center ... In 1997, we took in the first men into The Shelter for therapy. 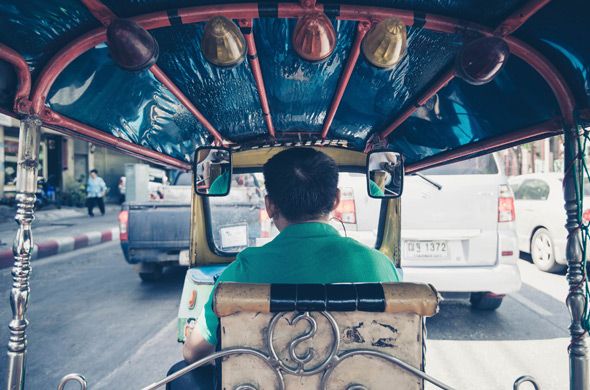 Over the years and meanwhile decades, our rehab facilities have become known among the drug scene as well as with other organization and in churches throughout the nation. So far over 200 men have enrolled into the rehab program. They heard the Good News of Jesus Christ and many took the chance to start a new life without drugs. We are still in touch with several of our former rehab guests and are excited to see them living their lives free of drugs and experiencing restoration in all areas of their lives!
In 2008, we had to move with our facilities to a bigger compound in the North of the city. Requests for rehab availabilities in our house have increased, and at the same time we have gained new options to create everyday life at the rehab even more exciting: Through cultivating dates and doing lots of gardening, poultry and fish farming we are able to give our rehab guests responsibilities which help them to mature and show their practical skills. 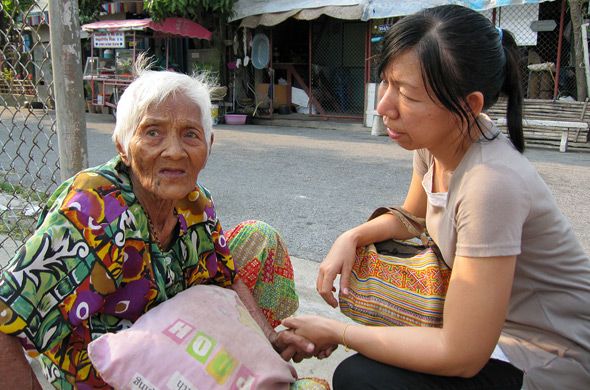 Due to the tsunami in December 2004 as well as a number of flood catastrophies in Bangkok, we were able to literally take new land - as staff but also our rehab guests. The immediate need and desperation of the people was an open door to offer practical help and service as well as pointing them the way to true life. Suddenly we were in touch with people whom we would have never met - young and old, rich and poor. God took us beyond the boundaries of Bankgok to the South of the country where we actively helped to re-build and estalbish a village. We got help from teams that were sent by HELP International in Germany on a regzlar basis ... And who was always around: our rehab guests. It was not only us who had to stand the challenges, but them, too - and together we have grown and matured. 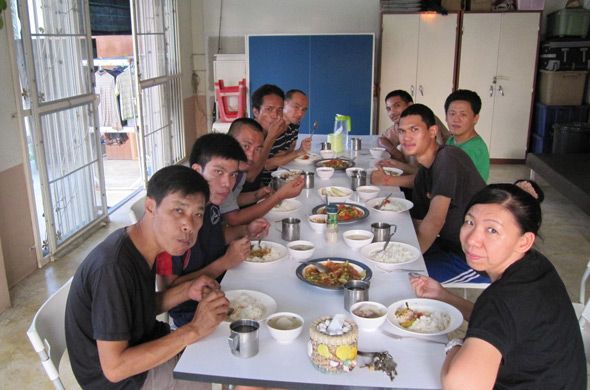 In 2014, we opened another house which hosts the aftercare community. Furthermore, we are holding a DTS in our community, and this house also serves as training center for Thai people from the city and throughout the nation who want to come and learn from us. By opening the House of Friends, HELP International Thailand Foundation - the official name of our organization - has multiplied and with the training center we have gained a new main pillar of our ministry. Our aim is that people experience the love of God and get restored when they are with us and that they pass on the power of this love to others.
Go To Top