A few days ago the REVIVAL SCHOOL on the Move Thailand attended a seminar with Steve Dittmar at a church in Bangkok that we are friends with. One thing he said caught our full attention:

The river of God

Throughout the various teaching sessions he spoke about the river of living water that the prophet Ezekiel saw coming from the throne of God. Steve prophesied over the Thai people, that he saw this river springing forth from their hearts by the Holy Spirit, however, there was something unique about it: That river would not, like it is normal in Bangkok, flow south into the sea but this river of God would flow to the East. Our team was surprised - that was exactly where God led us for our outreach outside of Thialand. At that time we were already in preparations for a one-week-outreach to Laos PDR! 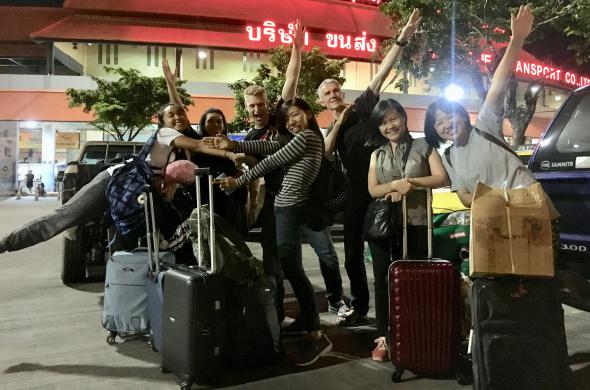 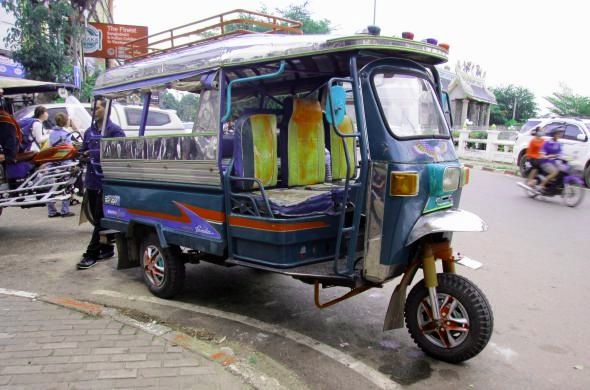 Many times it has been prophecied over Thailand that this nation will be the birthplace of revival in Southeast Asia. As organisation we’re stirred by the question: What can we do to let this vision become real?
So it was settled: With the On the Move team we would at least do one outreach to our neighbouring countries. We couldn’t make appointments with our contacts in Cambodia but in Lao PDR doors opened immediately. A short while ago, some friends moved there and had already started, despite the persecution of Christians, to advance God's kingdom. Thus our goal was set and we started to make preparations. Passports and visas had to be issued since it was the very first trip of our Thai scholars to leave their own country.

For decades, Christians have suffered persecution and oppression. However, there are still about 250 churches, and the name of Jesus is to be exalted in Lao PDR! We knew that we had to take our worship to public places. On the day of our arrival we found a spot in the capital city of Vientiane and put our idea into action. Since we had a rough night on the road and entered an atmosphere of control and depression, we had a hard time worshipping in that park. HOwever, we didn’t accept that at all. The next day we met in a room to prepare: We shared about what and how we could do better and a clear vision led into a great time of worship. So we desired to see that happening outside these four walls, too! 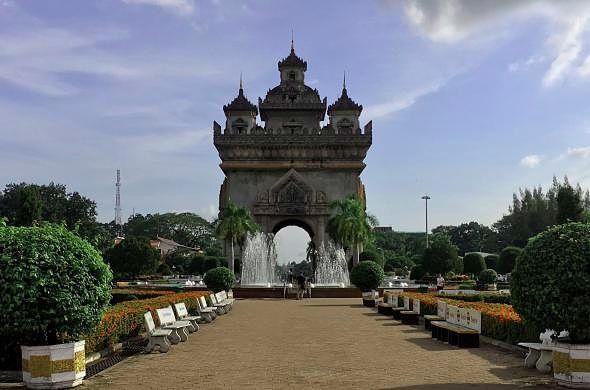 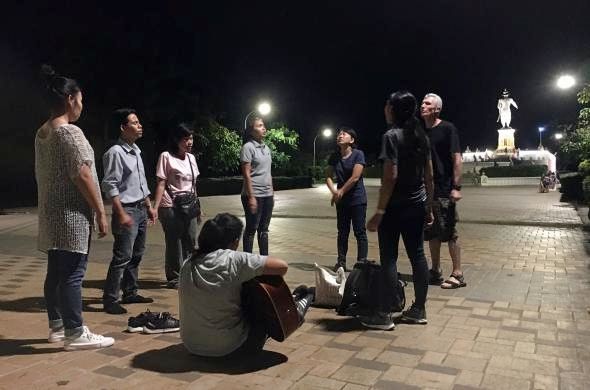 In order to bless the government and authorities of Lao PDR and to proclaim God's sovreignity over the nation we drove to the Victory Gate, the Patuxay, in the centre of the capital. Everything was different this time: It was easy to look onto Jesus and prophetic songs and bible scriptures filled the little park around the monument quickly. It surely didn’t take long until we got some curious looks. The presence of the Holy Spirit was tangible and we shared the Gospel with some Vietnamese tourists and revealed the heart of God to them by prophetic words.
In the evening we headed back to the park where we struggled to worship the night before. There too, the atmosphere was totally changed. The feeling of depression was gone and it turned out to be great fun to worship Jesus Christ in freedom and with creativity in public. Our friends from Lao PDR weren’t sure if anyone has ever done that in the country before! 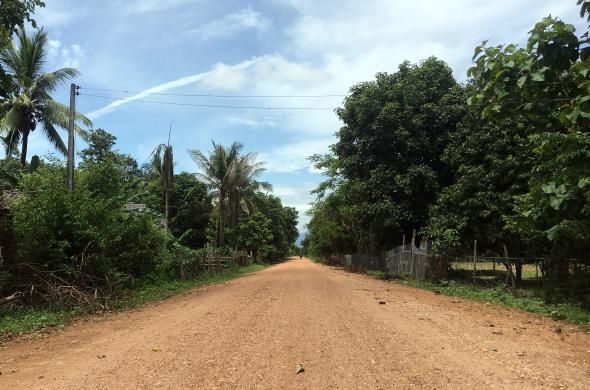 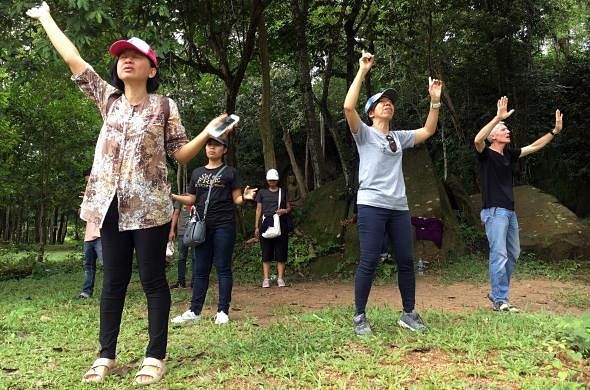 For two days, our journey took us out of the capital to the countryside - leaving paved roads and entering adventure! We met with Christians whose faith had been tested in many ways. There, church leaders and pastors had been put to jail because of their belief or churches and congregations would be mocked in different ways. To pray with these brothers in faith stirred a deep humility, for they had overcome by their faith to a degree that our team has never been tested to.
It’s truly encouraging how the kingdom of God still paves a path. A Christian drug rehabilitation centre is helping quite young drug addicts for years, despite authorities trying to shut it down a few months after it was founded, because the Christian values of living didn’t fit their picture. To this day this rehab has been a place of restoration and life!

Being on the move with teams starting in Bangkok is on our hearts. We want to strengthen the relationships we have in Lao PDR which include future visits. Cambodia is in our focus, too, and when a door opens we will be ready to go.
Preparations for the REVIVAL SCHOOL on the Move 2018 are in full progress already. If you want to get to know our ministry in Bangkok or want to get trained, you should not miss the opportunity of joining this school, for: Following Christ means being on the move! 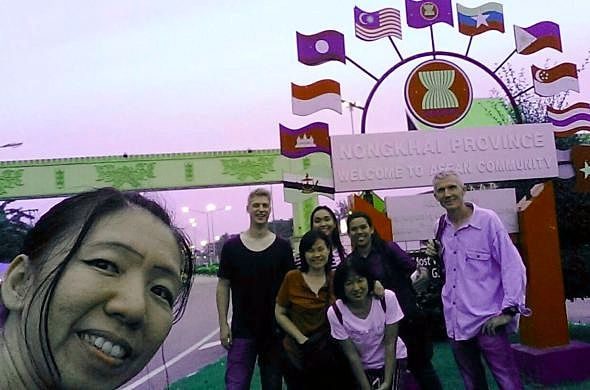