Our daily lives are full of encounters with people of very diverse backgrounds. Because of this we have so many opportunities to introduce God to them in very normal situations. We live close to a park, where many Chinese go to enjoy some leisure time. Elderly people meet their friends for a chat, singing or recreation. The other day I had opportunity to talk about Jesus, while taking a walk there ...

»How do you want to be buried? Have the corpse cremated here or put into a grave back in the home village?« Although the group of ladies was chatting in the Shanghai dialect, I understood what they were talking about. I don’t usually understand Shanghainese. I just could not walk away and circled around the group twice. How much more important than the body is the soul! Finally I approached them and started to talk to them. The ladies were delighted in the change of topics and most willingly allowed me to join their talk. 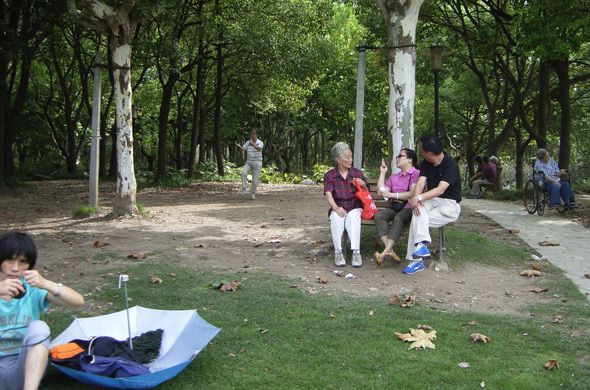 One of the women was a cancer patient and had lost hope. In addition, she had to take care of her bedridden mother. She felt very weary. A second lady was bothered by her bad conscience because she had not gone to church for a long time. It deeply touched me to see them open their hearts to me. The Christian lady prayed and devoted her life to Jesus again. We could pray for two more of that group. The fourth woman made a clear statement: »I believe in Buddha.« She went on to go through a ritual, making meditative awkward sounds standing close to the group. So everyone’s heart was displayed as we talked about the kingdom of God. 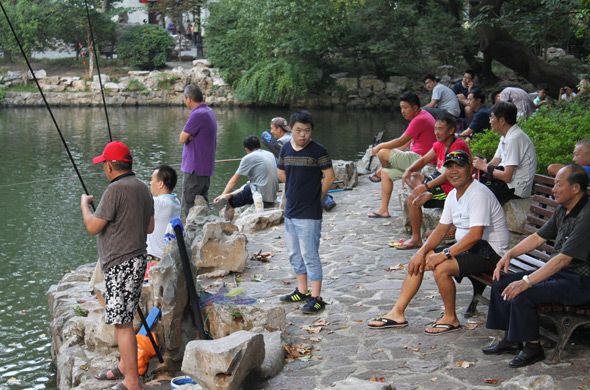 A man on a park bench tried to regain his peace of mind by doing some yoga execises. He said, he believed in Buddha. I told him that Jesus is the only God who loves us so much so he gave his own life for us. The man became very quiet as he had run out of arguments against this truth. The love of God touched his heart, not his mind. 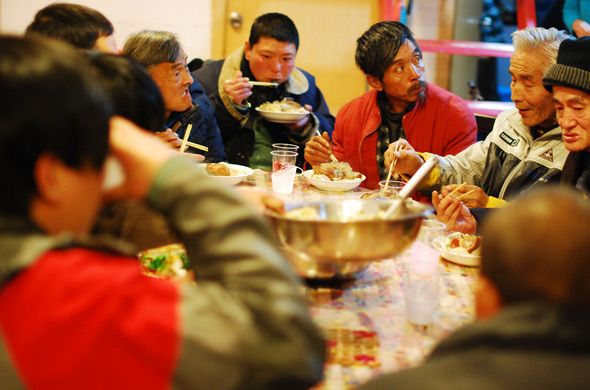 Our inner city drop-in center for the homeless is packed to the full most of the time. I just can’t get myself to send very needy people away and tell them to come back another day. We can reasonably only cope with 40 people per session, but lately there were 50. It is getting colder and our helpers – some still homeless themselves – happily distribute blankets, warm clothes, toothbrushes and steaming hot meals.
Henry is one of the helpers. The other day he brought his friend who became a believer recently. Now Henry reads to him from the bible every day, because his friend is illiterate. He has told him to pray to Jesus himself so he can get to know Jesus better. After the event, we sat together in a smaller group and told the new believer about praying in tongues. Suddenly he said: »Oh, now I know why I say these strange words I don’t understand whenever I talk to God!« 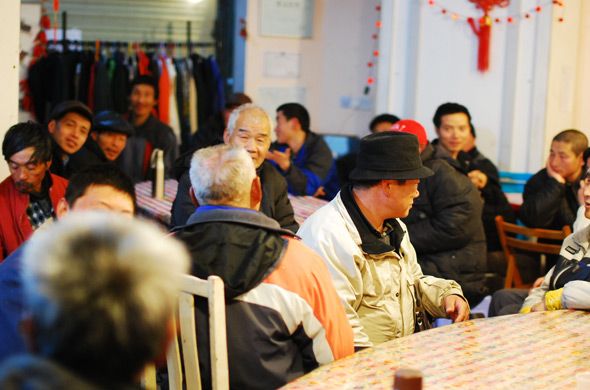 John, also a helper, is nearly blind. But every day he goes to a bakery very early in the morning to pick up the bread that was not sold the day before. He distributes it among hungry people and talks to them about Jesus. Our helpers are thrilled that they can serve their living God in spite of their own limitations.
Go To Top